What to write about yourself in a public biography on a webpage?

It’s a bit of a dilemma as I feel very self-concious writing about myself and Iam wishing I had asked one of my friends to do so for me. Maybe they would have been much kinder? Or perhaps the fear is they wouldn’t have been so at all.

I don’t want this to read like a CV or to brag about my photography in a light that is inflated or delusional. On the other hand, I am pretty pleased with it and I am often delusional. I love making these photographs and I have never felt so content or centred in myself as when I am immersed in my work.

I was born in Singapore 1964 and I have been told that I was a dreamer.Driving my parents to distraction with questions like, “Where did I come from?”, ”Why am I here?”, “Where am I going?” We moved a lot as I was growing up, so I had lots of opportunities to keep asking. I attended 13 different schools by the time I went art college. I left full time education with a handful of qualifications that have all been next to useless. I didn’t even get the top grade in art which would tell you where my head and my heart were at this point of my life.

It wouldn’t be stretching the truth to say that sitting in a classroom doing whatever, wasn’t for me. I was confused, often behind and often too bored to try to catch up. We would move in a years time so what was the point. I rebelled against my world in one of the few ways a shy insecure child could, I became good at art. I have always made pictures. I got better at it than most of my contemporaries and was having work published by the age of 6 in 1970. This prestigious document was a families and friends work related publication called The Flamingo.

This and an ability to draw a whole host of Disney cartoon characters from memory meant that I had a skill that other people admired and even envied. I received praise which is the best form of encouragement. My drawing, painting and pastel subjects were nearly always concerned with the natural world. It wold be a gross misrepresentation of the art to say I was a born ecologist but I was aware. At the age of 16 I did become a member of Greenpeace, as much to meet girls as any growing awareness of ecological devastation linked to social injustice. Robert Hunter, the first director of
Greenpeace gave this answer to my over excited question about my personal involvement as a global Warrior of the Rainbow “Tidy up your own garden.” I didn’t get it.

Leaving art school was hard. I felt lost out in the big world as was not equipped to cope with it, ever the dreamer. It took my years to find myself in a new Tribe. I married young, for all of the right reasons which became quickly turned on their head and ended up as all of the wrong. We separated and our lives grew apart. This heralded a long period of crisis and self examination, which has helped me to grow like no other experience. Caroline and her new family have been a constant source of support ever since. One of the constants in my life.

The first work I was trying to keep going was as an illustrator for magazines and television. This of course drew me towards the work of a film animator. All of those drawings of Disney characters became my educational qualifications. I worked with the beautiful British animation studio Television Cartoons (TVC) during a golden age of animation production in the UK. This lead to employment with Amblin Entertainment and finally Disney. As a painter I was a founder member of Cubitt Artists in the mid 1990s founding several artists run studios and galleries in the Kings Cross Area of London before it’s redevelopment.

Some of the work I have been most proud of to date is the time I have spent as a lecturer working for the National Gallery. I have had the privilege of introducing this magnificent collection to visitors of all ages for over twenty years. I loved the teaching we were able to offer free, for anyone who wanted it. I really couldn’t believe my luck. Working at the NG was my real education when it came to art history and helped me understand this fascinating and ever evolving pictorial narrative. There are many highlights of these years but
being punched in the stomach by Sister Wendy Beckett and encouraged and called “My Friend” by Neil MacGregor, who I had admired for so many years, will never leave me. Everything else was a joy. The public, the paintings, the academia. Manna from heaven for someone who was hungry to learn. Working for such a prestigious collection led to many other wonderful life enriching opportunities to work with young people at other institutions in London and further afield. If you are interested there is a list of my proudest on my CV page. You only really need to know a few things because I think it is fairly straight forward as to what they are, pictures of Flora made in cities.

I would like any viewer looking at my work to understand that they are all daytime pictures, not night. In the mid 20th century there was a motion picture technique to simulate night. Some viewers say my work is a variation on Day for Night also known as American Night. I have found this is an easy shortcut to fall back on as many young artists will not be aware of this type of effect.

Secondly, these pictures are virtually straight out of the camera. Personally, I prefer not to post process my works. This is in no way a comment on how other artists choose to work and I may need to do so at some point in the future. I want the whole experience from beginning to end to be simple. It is simple for me. Others may find it frustratingly difficult.

As I have already mentioned, these pictures are mostly made in cities.
London, Bonn and my more recent home, Berlin. If you wish to know more
then please follow the links to the individual pictures were I talk this all through in more focused detail. 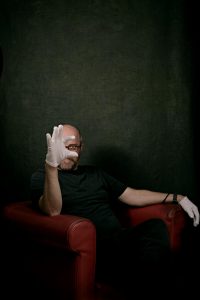 We have put this website together as an online portfolio. It is a digital greetings card with a limited number of pictures and texts. The initial number of pictures will be 12 but I may break that rule. I struggle with artists websites and find them heavy going. If you would like to see individual works then please follow me on social media. I am most platforms so just click away and I will add you in return.

About the Audio Descriptions

These audio descriptions have been added as I find it much easier to talk than write. I have not just read the text so they are not intended as an alternative to the written text. I spent over twenty very happy years working as a lecturer for the National Gallery in London, where my voice became a tool for communication. Like most people I dislike the sound of my own voice, thinking I sound like an over excited Jack Russell dog. 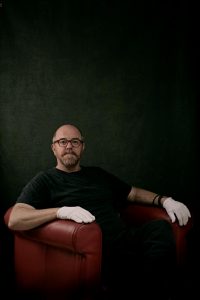 This website has been built for me by Ted who is based in Brixton. He is a wonderful photographer and can be found at here. teddave.org He has been patient as I have dragged my heals over this.

My life partner and the reason I moved to Berlin. She has been the person who has shouldered the day to day burdens of our life together to give me the freedom to explore this passion further. I have never encountered this generosity of spirit before. It is as moving as it is generous. How can I ever make that up to you?

Where would we be without friends? Life long friends, with whom you canlaugh at the world, yourself. Friends who have been there for the highs andlows. Tested friendships. Distant but loving and true. You are my true tribe.